Western Australia has had 20 new cases of leprosy in the past five years. The disease disproportionately affects Aboriginal and Torres Strait Islander communities. So what is leprosy? And why isn’t it a thing of the past?

Read more »
Posted by crazedturkey at 5:47 PM No comments:

When plague came to Australia

The word ‘plague’ immediately conjures images of a medieval time-period, rats, and, if you have a brain like mine, Monty Python performers shouting ‘bring out yer dead’.

In fact, there were three pandemics of plague – the 17th century ‘black death’ being the best known. All three pandemic plagues – the Justinian plague of the 5th century, the medieval black plague and the third pandemic or ‘modern plague’ - had significantly high mortality rates and as a result have changed the course of civilisation.

Read more »
Posted by crazedturkey at 3:47 PM No comments:

Just a short one today.  A short story about an Australian GP*.

Dr. Thomas Hillas was the head surgeon at Ballarat Base Hospital.

Dr. Hillas was operating on a woman on the 13th January 1872 for a large ovarian cyst which was found at the time of procedure to contain 11 litres of fluid. 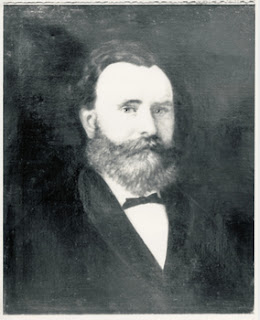 To his suprise on opening the abdomen he discovered his patient was also full term pregnant.

So, he decided he'd incise the uterus and remove the baby as well as drain the cyst.

This ended up being the first caeserean section performed in Australian.  And even more shockingly, as the mortality rate for a caeserean section at this time was enormously high, both the mother and the infant survived. 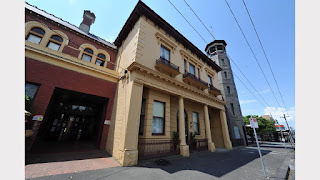 Dr. Hillas eventually left Ballarat and moved to Wagga Wagga where he practiced until his death in 1892.

The first planned caeserean section in Australia did not occur thereafter until 1885 at the Alfred in Melbourne and the procedure was still rare until the 1950s as the mortality rate was close to 25%. By the 1950s thanks to antibiotics it had become the accepted solution for seriously obstructed labour and was being used in 2-5% of cases with a mortality rate of 0.15%.

All of which means Dr. Hillas's patients were very lucky!

Posted by crazedturkey at 7:14 PM 3 comments:

Last year I picked up a book on medical satire from 1915 from a bookfair for $4.  I was already pretty stoked.  (More on that book later hopefully).

Then I found this inside. 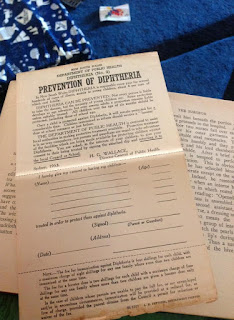 My stoked-o-meter officially went through the roof.
Read more »
Posted by crazedturkey at 3:48 AM 4 comments:

Created for GP's Down Under at GP15 last year.
Posted by crazedturkey at 9:21 PM No comments: